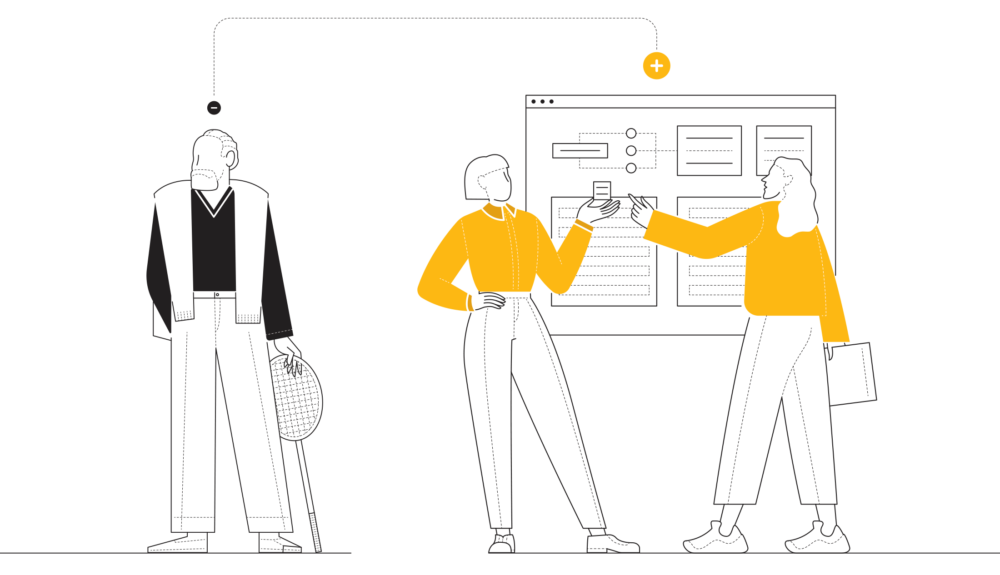 Today’s nonprofits are operating in a vastly different environment than they were just one year ago. Since March, fundraiser walks and in-person events have ground to a halt, and nonprofits are now struggling to pivot for a future in which all events are virtual events.

Nonprofits whose fundraising strategies once focused on organic engagement with event participants and via small donor-hosted gatherings and Facebook fundraisers must now broaden their purviews and double-down on corporate fundraising efforts. By finding the right corporate partners and sponsors—those with natural audience alignment and significant resources for charitable initiatives—resource-strained nonprofits can ensure their outreach and interactions are delivering the highest possible return on investment.

In this edition of “Ask Our Experts,” Stephanie Ceruolo, President of Nonprofit Solutions at Data Axle, discusses ways in which nonprofits can leverage and improve their data to adapt to the new reality of fundraising—one in which targeted corporate partnerships take center stage. 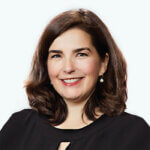 Stephanie is President of Data Axle's Nonprofit Solutions, overseeing all aspects of nonprofit services, products, and solutions. She is highly focused and dedicated to supporting nonprofit organizations by providing data and data services to grow their donor and member support, through direct marketing channels.

How have the traditional fundraising models of today’s nonprofits been upended in 2020?

The wholesale shift to virtual events in 2020 understandably caught a lot of nonprofits off guard. The level to which a charity relied on in-person events for fundraising directly correlates with how greatly its revenue has been affected this year. Regardless, though, pretty much every nonprofit right now is being challenged to reinvent its approach to fundraising in a world where charity walks and fundraising galas aren’t coming back any time soon.

How should nonprofits be adjusting their approaches for a world in which in-person fundraisers and walks aren’t feasible?

Charities are quickly pivoting toward virtual event models, but there’s no doubt that certain sponsorship models simply don’t translate well from the physical world to the digital world. Consider a large charitable walk: The value proposition of these events for sponsors has typically been a mass marketing play in which sponsors advertise to walkers, their friends and families, and any and all observers by placing their logos on signage, event T-shirts, gift bags and other physical elements. Now, of course, these models must be reinvented.

There are still opportunities for high-level branding around virtual events going forward, but nonprofits should also be taking this opportunity to rethink how they engage and deliver value for corporate sponsors. One approach is to flip the traditional mass marketing model on its head. Nonprofits can leverage their data and what they know about their donor audiences to connect them with the corporate sponsors that are likely to be of greatest interest to them. In this way, they can increase the relevance of their communications with their donors while simultaneously helping corporate sponsors to better target their messaging to the right people.

Likewise, nonprofits need to tap into data to guide their own corporate audience development. With the right resources and insights, charities can identify the corporations whose interests align most closely with their own audiences and whose corporate responsibility programs have ample resources to support a robust partnership. By getting more data-driven in reaching out to potential corporate sponsors, nonprofits can reduce the amount of resources they’re wasting in exploring partnerships that aren’t a strong fit.

What does it take from a data standpoint to support this new model of corporate sponsorship?

As with any good data-driven strategy, you should start with your file of loyal donors. Odds are, you probably already know some things about these people in terms of who they are and how they behave as donors. What you probably don’t know—and what’s going to be key in opening new corporate sponsorship opportunities—is how these people behave as everyday consumers. Where do they shop? What do they buy? Which brands do they favor?

These types of insights can be found via third-party data from reputable partners. When appended to your donor file, this information becomes immensely valuable to prospective sponsors.

Brands today are doubling down on community giving and corporate social responsibility initiatives. And, as in many other areas these days, they’re being tasked to do more with less. That means brands are looking to be targeted in their charitable endeavors and ensure they’re supporting the causes that matter most to their customers, while simultaneously connecting with people who are receptive to their messaging and interested in their products.

Armed with a donor file that’s been appended with commercial transactional data, nonprofits can help brands be more targeted in their sponsorships. If they have an understanding of the products their donors buy and the brands they favor, nonprofits can approach companies with corporate sponsorship opportunities and demonstrate, up front, that their donor base is precisely the audience that makes sense for their businesses.

Take Subaru, for example. There’s no shortage of worthy charities in the world, but Subaru has chosen to make its mark by supporting environmental causes, such as the National Forest Foundation. Why? Because it knows that its customers care deeply about the environment and that its support of such environmental nonprofits is a way to not only do good in the world, but to also deepen its customers’ brand loyalty and forge positive brand awareness among like-minded prospects.

Not every brand has an innate sense of its customers the way that brands like Subaru does. By flipping the script and getting to know their donors as consumers, nonprofits can bring new insights to potential corporate sponsors and demonstrate the alignment between their causes and a brand’s customers. Armed with this understanding, the nonprofit and brand can then work together to build resonant, bespoke sponsorships that serve the interests of the brands, charities and donors alike.

Beyond rethinking their sponsorship approaches, how can nonprofits improve their data-driven marketing for the new reality?

Now more than ever, it’s vital for nonprofits to practice good data hygiene and eliminate channel siloes in their communications. According to Data Axle research, many of today’s nonprofits are missing opportunities to connect with donors because they’re failing to take a cross-channel, holistic view of their donor files and—importantly—they’re not communicating with donors through their preferred channels.

When giving to a nonprofit, the highest percentage of donors (44%) say they’re going straight to a charity’s website unprompted and donating online. Meanwhile, 31% say they’re mailing the enclosed donation envelope in a direct mail piece, and 20% are clicking on an email campaign.

That said, email is overwhelmingly the preferred way that donors would like their charities to communicate with them, with 48% of respondents stating this as their channel of preference. Direct mail was the second most preferred channel at 21%, followed by social media (17%), text messaging (8%), and phone calls (2%).

Despite donors saying they crave email communication from nonprofits, a relatively low percentage of donations are coming from email campaigns. That represents an opportunity for charities that can ramp up their personalized communications in this channel. Likewise, given the clear direct mail preferences among older donors (and direct mail aversions among younger donors), charities can gain greater efficiencies in their marketing spend by segmenting demographically via channel.

There’s no reason for charities to abandon certain channels in favor of others. They simply need to get smarter and more data-driven in how they leverage them. It’s time to stop thinking about people as email donors or phone donors—they’re simply donors, and each person responds differently to different channels. Nonprofits need to respect those preferences and surround donors with messaging in a thoughtful, cross-channel way.

Nonprofits with robust direct mail lists can unlock new value from their lists by appending their lists with email addresses and phone numbers and then onboarding donors to digital messaging and texting programs. Likewise, by carefully cleansing and deduping their databases for a holistic view of donor households, nonprofits can be more cost effective by making sure that they are reaching exactly whom they are trying to reach according to a thoughtful plan.

The current economic, social and political climate poses challenges for nonprofits, but those that take the opportunity to rethink their sponsorship models and understand their donors in new ways also have the opportunity to gain a competitive advantage in these strange times. It all starts with good data practices, a deeper understanding of donors on a personal level, and—above all—the courage to step outside of legacy models and mindsets. 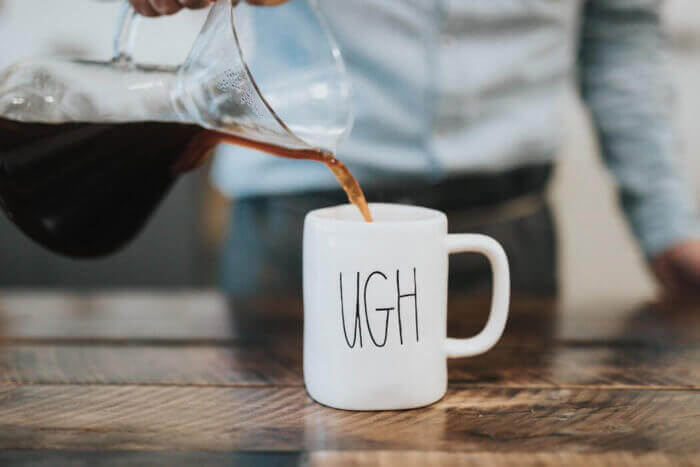 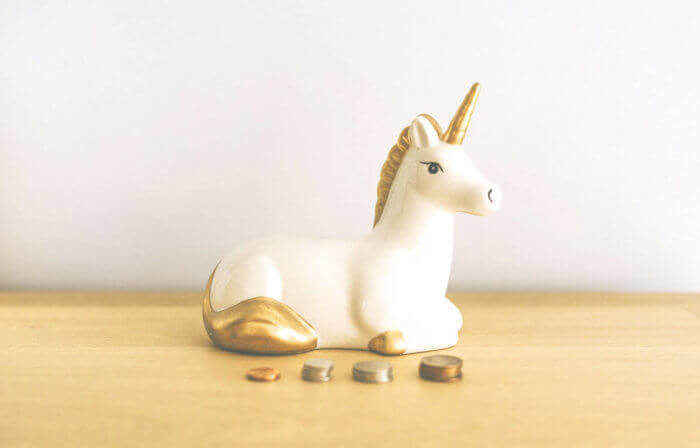 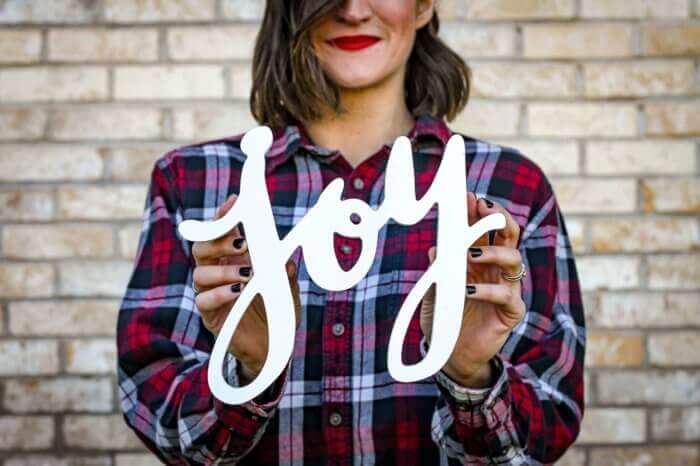 3 data-driven ways to emotionally connect with customers
Continue Reading
Stay in touch! Subscribe to our newsletter.