What marketers need to know about Generation Z

Millennials, also known as Generation Y, have experienced nearly constant analysis and inspection over recent years, and brands have honed their strategies to appeal to them. However, marketers are now turning their eyes on the next generation of consumers – Generation Z – made up of those below the age of 21. Also known as Centennials, this generation is expected to reach approximately 75 million members.1

Ninety-six percent of these young consumers influence buying decisions within their household. When that influence on household spending is combined with their own currency, this adds up to buying power of over 44 billion dollars.2

As the leading pack of Gen Z graduates from college, the importance of this group will continue to grow over the coming years. Centennials have some surprising preferences and habits that set them apart from older generations and from Millennials alike. Is your brand ready for the rise of Generation Z?

In a recent study of 1,000 consumers across four generations (Centennials, Millennials, Generation X, and Baby Boomers), Data Axle was able to uncover some of the unique behaviors and spending habits of Generation Z.

Quality: The study found that Generation Z is very driven by product quality. More than half (57%) of Centennials say that quality influences their brand loyalty more than any other factor. In addition, 50% of them said that quality was the driver of their most recent purchase.

Price: As Erin Gade discusses in her recent blog post, price is nearly tied as the most important motivator for this youngest generation with 55% of Gen Z indicating that price is a key factor in driving brand loyalty.

Experience: When surveyed, almost a third of Centennials who do not shop from Amazon, indicated they prefer to purchase from other retailers because they enjoy the in-store shopping experience. Gen Z is also more willing to spend on experiences such as travel and activities. 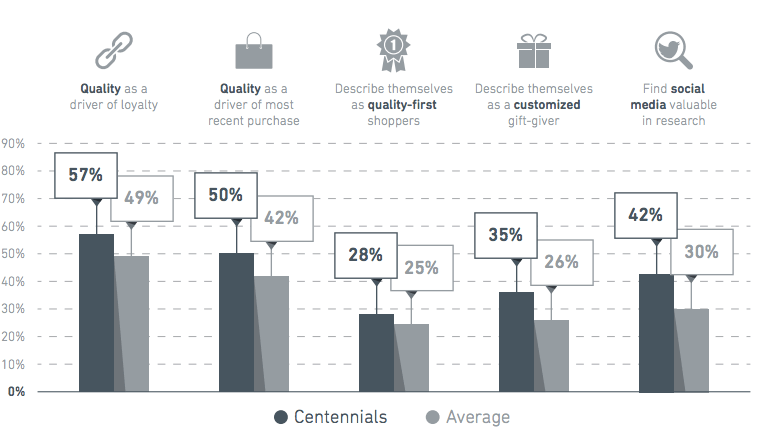 Generation Z is the first generation of true digital natives – they don’t remember a time before the world was connected by the internet. They are online at least an hour a day and over half of them are connected for over 10 hours a day.3 They are the first children to be raised in the era after widespread smartphone use. The mobile generation craves interactive brand experiences including in-store, online and in their email.

In the survey, Generation Z ranked the importance of email for research well below the other three generations. Forty-six percent of Gen Z find email important in their purchase process, and 60 percent have made a purchase from email in the past three months. Perhaps unsurprisingly for the “mobile generation”, Centennials also checked their email while on the go more frequently than any other generation; 6% checked email while commuting and 14% – while standing in line.

When making a decision about whether to purchase an item from a marketing email, 85% of Centennials indicated that an easy online/mobile purchase process was the biggest factor, followed by ease of transaction (81%).

Based on these findings, when marketers use email to communicate with Generation Z, they can appeal to young audiences by ensuring that the customer experience during online and mobile purchases is seamless. They can also attract young digital natives by incorporating interactive elements like animated pictures/videos, reviews and surveys. Marketers can also use triggered messages to try to connect with this hard-to-reach age group.

In an email and web campaign for the 2017 back-to-school season, Pier One enticed collegiate shoppers with a small-space shopping guide that is tailored to fit their personal style. After choosing their design preferences, shoppers were directed to product recommendations that suited their interior decorating tastes. 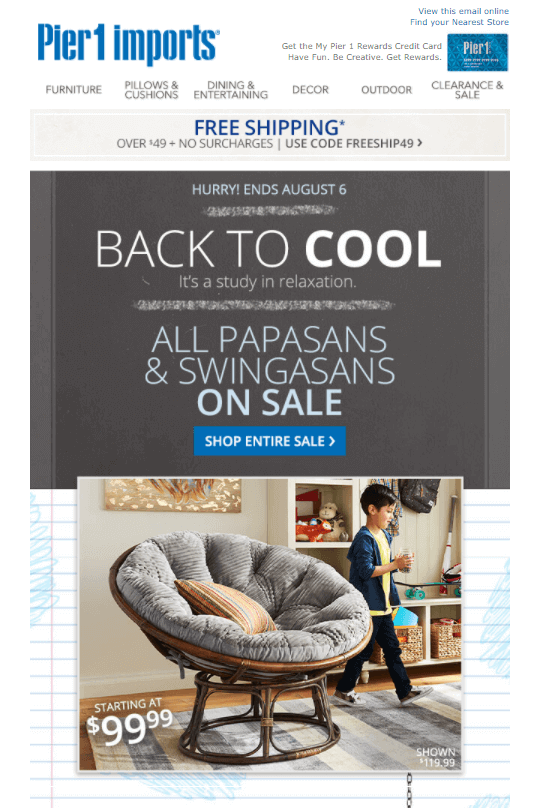 More members of Generation Z said that social media influences their shopping than any other generation (80% of Centennial compared to 74% of Millennial, 58% of Generation X, and 41% of Baby Boomers).

Gen Z is highly visual and is more influenced by video and photo-focused social media channels like Instagram, Snapchat, and YouTube than older generations. For example, 44% of Centennials find Instagram influential and 21 percent find Snapchat influential, which is more than twice the proportion for Millennials. 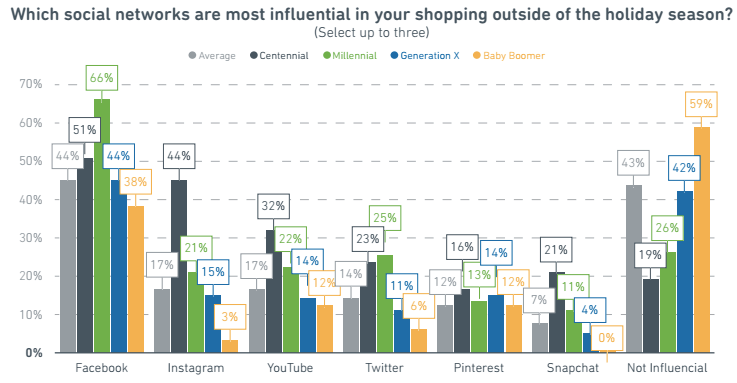 In 2016, Taco Bell created a Snapchat lens to celebrate Cinco de Mayo. The Taco Head Lens was viewed 224 million times in one day, shattering the record for the most-viewed Snapchat lens (which was previously held by Gatorade’s 2016 Super Bowl campaign with 165 views). In addition, the average user played with the Taco Bell branded lens for 24 seconds before sharing it with friends on Snapchat. 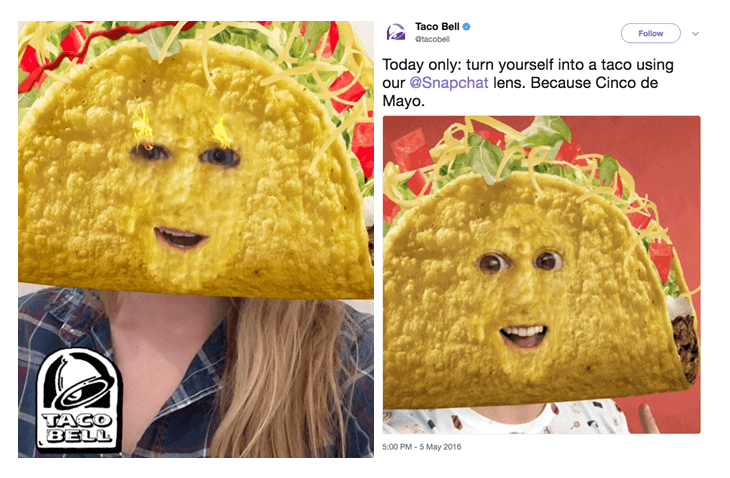 Given that Generation Z is so digitally focused, marketers may be tempted to assume they would identify online channels as most important. However, a Data Axle’s study found that 81% of Centennials rated brick and mortar stores as the most important channel for helping them make purchasing decisions and nearly 1 in 5 (18%) indicated that in-store experience was within their top three drivers of brand loyalty. Shopping in-store remains an integral part of the buying process for this young group.

Van’s “House of Vans” stores have tapped into young shoppers’ passion for in-store shopping experiences that amaze. House of Vans offers a place where skaters can shop, snack, socialize and play in hip venues that include cafés, art galleries, live music, and skate parks.

Generation Z is becoming more important and, not just to youth-focused brands. As they come of age, Centennials will have more and more buying power. Marketers can benefit from understanding that this generation is highly visual, they seek quality at the right price, they are digitally-focused but crave in-store experiences, and they seek connection and feedback through social media and reviews. Brands can connect with this younger generation by providing experiences and campaigns that bridge the online/offline world, giving them easy ways to connect, and providing content that appeals to their visual nature by using videos and photos and interactive elements to help them make purchasing decisions.

As Senior Marketing Strategist, Marie provides strategic consultation and insight for Data Axle clients, and has created marketing strategies for various companies including Coca-Cola, HP and U.S. Bank. With over fifteen years of experience in the digital marketing space, she is passionate about developing strategies that deliver a complete brand experience while supporting long-term consumer engagement. Marie has also spearheaded the development of mobile reporting and analysis for the organization by designing new ways to track and measure mobile engagement. In addition, she has co-authored Data Axle's industry-leading benchmark reports resulting from the analysis of over 5 billion emails sent across 20 industries.

Transitioning to D2C: How to get started in an increasingly customer-centric world
Continue Reading