This month’s Brands We Love series features Ben & Jerrys, one of America’s most famous ice cream brands. In 1978, the eponymous Ben and Jerry opened their first ice cream store in Burlington, Vermont. As of 2019, the chain boasts 615 locations and is carried in most grocery stores.

Most of us probably know the brand from its delicious flavors and wacky ice cream names. Chunky Monkey, Chubby Hubby, Phish Food and the Tonight Dough are all flavors that are recognizably Ben & Jerry’s. A quality product combined with a strong brand voice and a commitment to social responsibility has won them the hearts of their devoted customers. These are some of the secrets to their success. 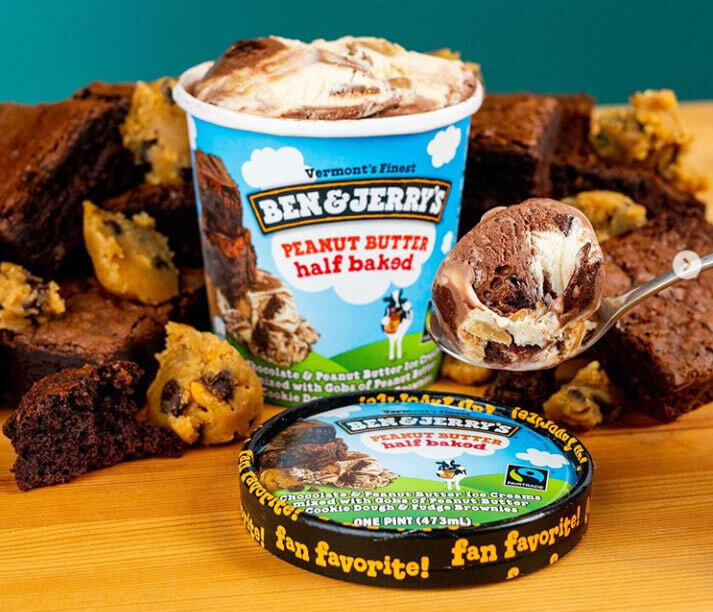 1. A unique approach to a familiar product

No ice cream brand can reinvent the wheel, but Ben & Jerry’s came close. Ben Cohen and Jerry Greenfield were two childhood best friends who decided to open an ice cream shop. Because Cohen has severe anosmia – a lack of a sense of smell or taste – and relies on “mouth feel” and texture in order to enjoy foods1, they mixed the company’s trademark chunks into their ice cream. This helped differentiate the brand by creating uniquely flavored and textured concoctions that weren’t available from their competitors at the time (along with their trademark out-of-the-box names for their flavors).

Today, Ben & Jerry’s keeps up with the changing times through continuous product innovations and creativity. In the past few years, the brand has introduced a line of Netflix themed flavors, joined the low calorie ice cream craze, and released vegan ice creams, with sunflower butter bases instead of the traditional cream. 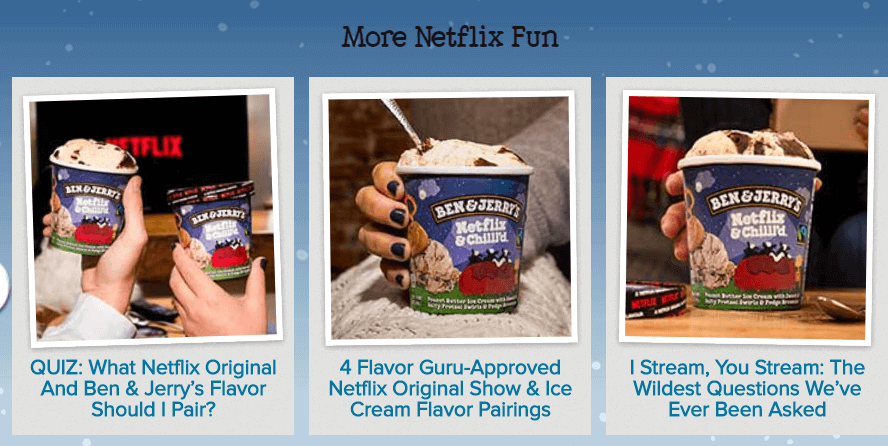 2. Commitment to making the world a better place

Ben & Jerry’s was founded by two friends, with very strong political and social opinions. Instead of shying away from their political ideologies in order to sell more ice cream, the company doubled down. The brand is certified as a socially responsible business, based on their commitment to green business practices, fair compensation for employees, and giving back to the community and the company’s dedication to social issues has become inseparable part of the brand’s identity.

Although the brand was sold to mega-conglomerate Unilever in 2000, the company has stayed true to their spirit of social justice. In 2018, they released “Pecan Resist” ice cream, in response to the Trump presidency. This was a risky move for the company, and created a backlash among some of their conservative customers, however, their stock prices rose, perhaps indicating that the move was in line with the values of their customers and shareholders.

Experiential marketing allows consumers to interact with brands in an unexpected way, in order to make an impression that goes beyond traditional messaging. Ben & Jerry’s has been creating fun and unconventional experiences for customers since the beginning. In 1979, Ben & Jerry’s started Free Cone Day, to thank their loyal customers. Now, Free Cone Day is an international event and is also used to raise money and awareness for charities. 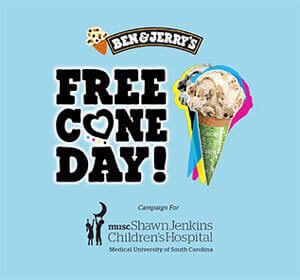 Over the years, Ben & Jerry’s has upped their experiential marketing game, creating a “human claw machine” and inviting consumers to jump into a ‘bowl of ice cream.’ Ben & Jerry’s also has plenty of excitement for customers who make the pilgrimage to their Vermont factory. The full factory tour involves a movie on how the brand came to be, a glimpse at the factory floor, a graveyard of ‘dead’ flavors and of course, ice cream samples. All of these experiences are in-line with Ben & Jerry’s principals of charity, fun and above all, ice cream. 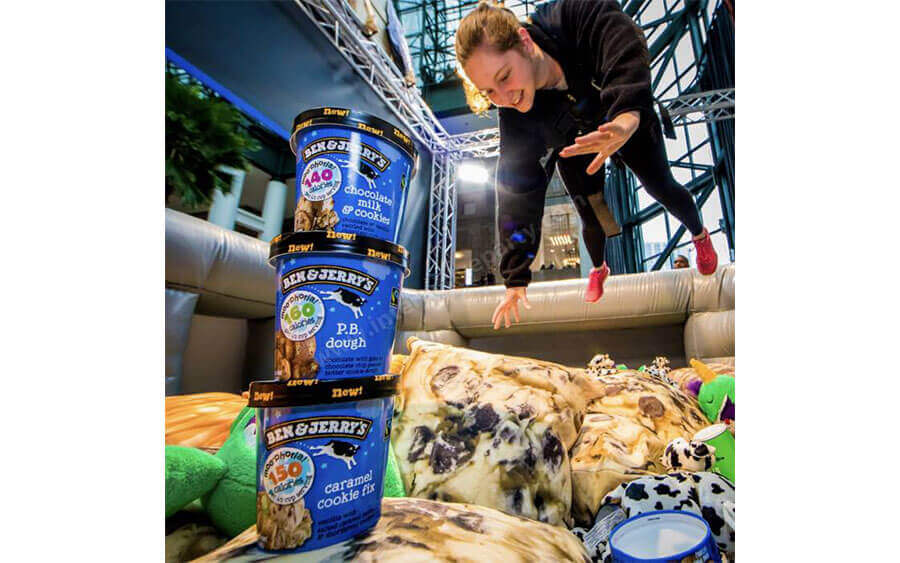